Your credit report has always been made up of a series of negatives. If you defaulted on a credit contract, a telephone bill, a rental agreement, a personal loan, a credit card, this showed on your credit file as a “default”.

If you eventually made payment for this amount then it would be amended to a “paid default”.

In my opinion this is a fair system. If I was going to lend you my money – I would like to know if you have a history of not paying debts back and arguing about them if you didn’t. That may sound a little harsh, however, as my personal opinion, I think it is fair.

Under a new ‘Positive Credit Reporting’ scheme introduced recently, lenders now have access to an extensive database of information that records not just your defaults, but also the timing in which you pay your bills. They can now even tell if you have paid the minimum amount or extra.

In my opinion no amount of doublespeak can make this a “positive”.

Some people like to pay bills early, some like to pay them close to the required date. And there is nothing wrong with either of these two statements.

Some people like to do everything “before it is due”, and some people run closer to or even after a due date. You knew all of these people at school – dare I say it the former were called “nerds”. The latter were more likely to be “popular”.

Take a step back and consider that scenario from the opposite perspective. Imagine that same mentality in present day– the “nerds” would actually now be more likely referred to as efficient effective and organised and the “popular” inefficient, non-committal and disorganised”.

Unfortunately however, it is often the nerds that end up in charge of banks and credit agencies.

When positive credit reporting was introduced every time you were just 5 days late – your late payment would be recorded. There has been discussion now to make this 14 days.

Sites such as mycreditfile.com.au allow the everyday Joe (be he nerd or popular!) to purchase a copy of their own credit file, however the information recorded on this new system is available only for lenders. Meaning you may have a squeaky clean credit file and still be turned down for credit because of a history of late or irregular payments!

I have already had an anecdotal example where someone applying for a personal loan has been told that they were “delinquent” by an average of 9 days on their “positive” credit  file and hence credit was declined. The term “delinquent” doesn’t sound very positive to me!!

Until the system is changed though – what is the lesson?

Positive credit reporting is now here and it is in fact the MOST negative system imaginable.. BUT … it is what it is.

The nerds are in charge and you need make every endeavour to fit in.

Here are some suggestions;

This should help ensure you are never “late”.

Perhaps the “popular” people need to become nerdier.  Perhaps the “nerds” need to let a little bit of “disorganised” spill in their world! It is what it is.

Want More? Download my app – Ask Alan – from the App Store and Google Play (click below) Talk to me, ask questions, read up to date information, watch video on topics of interest… 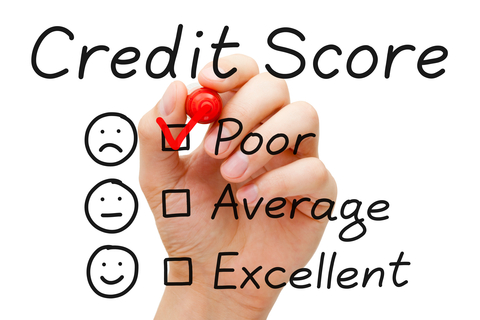