So it seems the Reserve Bank hasn’t quite pulled up stumps yet. Widely published in yesterday’s media, a comment from The Reserve Bank minutes has been blown out of proportion.

With the current cash rate at 1.5%, The Reserve Bank is quoted as saying that a cash rate of 3.5% is the “new Neutral”. The media’s take on this is that rates are going up… And the crowd goes wild! Hang on, that’s right, it’s just more noise.

Previously the Reserve Bank had considered 5.0% as “Neutral”, so by re-evaluating this ‘middle line’ of the economy at 3.5% instead, the Reserve Bank is simply signalling that the peak of the next rate cycle is now predicted to be around 1.5% lower than the previous cycle. 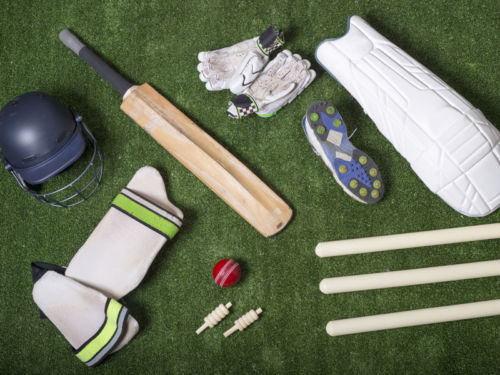 No comment was made however, as to when any moves towards this new “middle line” will be made. Why? Because there are still other players in the game to consider. APRA and ASIC’s recent round of regulations and the government’s bank levy are still all in play.

The sooner the Reserve Bank comes into bat by adjusting the cash rate, the sooner the loadings imposed by regulators will fade. This is why investors should just sit tight while this plays out.

And finally, in response to all the media noise, the Australian dollar has jumped.  Online shopping just got cheaper again, and that overseas trip might be back on the cards!

In relation to your home loan your response should be to:

And as always you can call or email me anytime, it’s what I’m here for…

I can remember (as many of us will) what good fun a game of backyard cricket could be. The type where the ‘rules’ are less like rules and more to do with whether Mum is looking to see how close you are to the veggie patch… Rules which seem to accumulate, bend, or be conveniently forgotten depending on who’s batting… 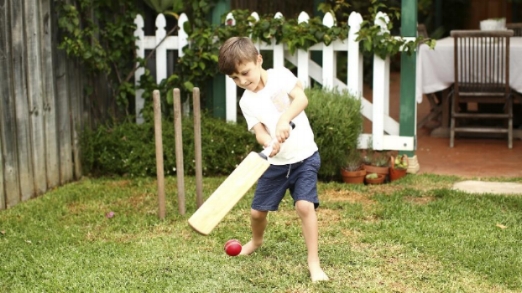 ·      The wheelie-bin stumps were mandatory – despite the interesting aromas.

Eventually the rules became silly, with more time spent making amendments or contesting than actually playing… Pardon the analogy – and although light hearted – we could be forgiven for thinking that lending in the Australian property market is now like a game of backyard cricket

The Reserve Bank took their bat and ball and went home early, dropping the cash rate to 1.50% in a plan the keep the Australian Dollar at 70c. That plan didn’t work and now the Reserve Bank makes statements each month that virtually no-one listens to. All it did was create problems in the Sydney and Melbourne housing markets that have required new ‘backyard cricket’ rules from APRA and ASIC.

The cash rate is stalled at 1.50% and not predicted to change for the foreseeable future.

The politics around this became quite toxic through the last election and continues to be so. Older Australians (Gen X and Baby Boomers) used to be encouraged to invest for their retirement. The aged pension of $31k per annum for a couple to live on, is no longer the comfortable retirement one had once planned for.  Statements about “millionaires” buying their 10th house and shutting first home buyers out of the market effectively pits Gen Y and Millennials against Gen X and Baby Boomers. It has come to this – politicians pitting parents against their children. It is a sad state of affairs we have come to in that regard.

One side of politics wishes to remove negative gearing, except for brand new homes.  To me however, this seems illogical, as the minute said brand new property is purchased it then becomes “old” and can’t be on-sold to another investor. Property investing in this scenario would be the only business where one cannot deduct expenses (income) against income (rent).

The other side of politics has decided that there are too many investors and has cheered on the regulators to put price increases into investment loans. Then because of the political heat when that backyard rule wasn’t effective enough to quell the market, more rules arrived around Interest Only Loans –  hence another (very recent) round of price increases.

Typically, the difference between rates for new Owner Occupied Principal and Interest loans (the lowest segment) and Investment Interest Only loans (the highest segment) is now almost 1.25%. This is, in my opinion, completely unjustified and out of hand.

When a bank borrows overseas – no one asks them who they are going to lend to. So, this margin goes straight to bank profit (and don’t they look so sad when they say they are “balancing the needs of shareholders, customers and the regulators”).

Under the current rules applied by the regulators, we now have two distinct groups of consumers – owner occupiers and investors – and with current price gaps it would be easy to think in terms of winners and losers.

The consumer however, isn’t silly –  because when a market is ruled by regulation implemented in response to political pressure over “housing affordability”, it’s clear that the only loser is the consumer themselves. It simply throws cost into the system which the very people it is supposed to “protect” pay for. Does one not stop to think that investors will attempt eventually to recoup these costs by putting up rent?

Regulation isn’t the way for a free market to operate.

So although currently first in the batting order, these rules will eventually be ‘run out’ – in terms of importance and influence to the consumer.   Until then however, we do need to adapt, understand and use them to our advantage.

If you are in the market to buy an owner occupied property, then I can say that in 20 years of mortgage broking I have never seen discounts as large as those available at the moment. You would be foolish not to take advantage of this to purchase now and secure these discounts for the life of your loan. Investors are on the sidelines, there is less competition for the property of your dreams. As the saying goes – fortune favours the brave.

If you are an investor, this is definitely not the time to become distracted by the noise that is coming from APRA and ASIC. In time, rate differences between owner occupier and investor loans will diminish.  Investor rates (even with the attempts to penalise investors) are still at historic lows. I would suggest that you sit still and use this period as an opportunity to focus on your long term future, making sure that your current situation fits within this to your advantage. As the saying goes, it’s not about timing the market, it’s about time in the market.

In summary… APRA and ASIC have certainly created some noise, however, just like when the neighbour decides to mow the lawn half way through a wicket, although loud and annoying, it doesn’t mean you should quit the game, you just might need to change the direction of the pitch.

Whether your end game is a family home, a long term investor, or even both – I can help you find the advantage that you are looking for, to hit it home for a six and achieve your goals.