The Reasons Behind and Lessons from the Past.
May 9, 2022by admin 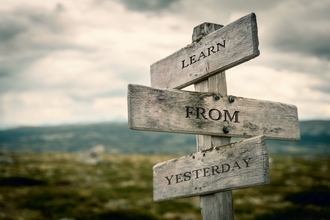 What caused the Reserve Bank to move away from its previously stated plans?

Namely… they were not going to move until:

The reasons that threw the Reserve Bank off course were simple:

While these things are beyond your control – history tells us that the inflation genie takes no prisoners when out of the bottle – wages and assets are destroyed.

There is no alternative other than trying to put the inflation genie back in the bottle.

Wage rises above inflation are an oxy-moron – unless your wage rise is from a rise in productivity.

How long will this last?

Now that you are here in my extended link – let us delve back into history for observations and learnings in previous inflation spikes.

America became their bank – lending to Germany who paid back Europe. American banks on Wall Street became the bank of the world “clipping the ticket” on the rebuild of Europe. Profits soared in the Roaring 20s

Inflation spiraled and the world sleep-walked into WW2.

The lesson – countries defeated in war time should not be so crushed in defeat that further unrest is baked in.

Lesson – we should not underestimate the expansion plans of both Russia and China.

Oil Production peaked in the USA and wars in the middle east (Israel initially and then later Iran) caused disruption of supply.

Oil shortages led to inflation trending upwards from 5% peaking at 14%.

Governments responded with monetary stimulus which had to be unwound with higher interest rates.

The lesson – any disruption to the supply of fossil fuels causes economic pain.

Cost of living pressures led to a wage price system called the Accord. Wages rose quarterly with CPI (Consumer Price Index). That system ended in the tears of 17% interest rates – that still scars the memory of older generations and the recession “we had to have” in 1990.

The lesson – no matter how tight things are – inflation cannot be tamed by allowing wages to chase inflation.

That lesson re-learned is in contest in this election – both leaders know this. Neither leader is prepared to say this so directly.

So, what lies ahead as best we can see it and how do we plan.

Bill Evans from Westpac in his updated analysis (read it here) now expects a rapid increase in the cash rate to 0.75% in June and another 4 rises (Jul-Aug and Oct-Nov) taking the cash rate to 1.75% by years end.

He then expects another two increases in the first half of 2023.

Bank behaviour being what it is, existing customers will be likely be paying more than this UNLESS we are with a bank who agrees to reprice you back to their “new to bank offers”.

This is my job ahead in my 6 monthly reviews on your behalf.

What are the events that could cause these predictions to change?

Internally the things to watch:

There is nothing that you and I can do about these directly – but I will watch what is called the “Internal and External” environments carefully and update what this means for your home loan in coming months.

As I often say… Stay tuned.