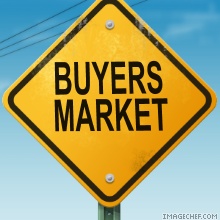 The first and major sign that we are in a buyers’ market is that currently transactions (or sales) are down 30%.

What is causing this and how do you either protect yourself as a seller or take advantage as a buyer?

We have a collision of three events … and I am not going to be political – but EVERY event is political in its origin. I will help you think economically through the politics to have the best chance of making money.

Just a few years back house price became the place where politicians decided to demonstrate their virtue by claiming that they could do something to take the pressure off rising prices. It is also a fact that we have an election in 2019.

This is a very unusual election in that house price and real estate are one of the primary and focal issues.

In any election, real estate activity flattens because of the uncertainty elections put into people’s minds. If one takes the long view of house price – either for your home or as an investment asset – then although politics can definitely have short term effects, in the long term house price always follows long term trend lines. Every boom is followed by a period of “static” decline, and every period of inactivity is followed by a boom. In the long term; the trend is always your friend.

That’s why this blog is not political – but I will look at the short term impacts so you can take advantage.

Both sides of politics talk up their ability to affect house price – but when a politician says that they intend to make housing cheaper for first home buyers, and at the same time attempt to say that this will not affect the value of everyone’s current home – I do sit back and ask … really? How can one argue for black and white simultaneously?

Effect Number One: One side of politics has successfully used regulation to dampen demand. Banks had heavy penalties imposed if they exceeded investor volumes and interest only loans (a favored tool of investors).

This has worked … investors have largely left the market and the one true determinant of price (supply and demand) has come into play. Regulation has stopped Sydney and Melbourne in their tracks and had spin off effects on all other markets.

Both sets of regulations have quietly been removed but their effect lingers because APRA and ASIC say they are still keeping a watchful eye on things.

Effect Number Two: Both sides of politics supported a Royal Commission into financial services. Without doubt, the stories from insurance and financial planning are truly appalling. But in the world of home lending where the default rate Australia wide is around 1.5%, where 98.5% of all loans that have ever been approved are just fine, I would personally go so far to say there is no problem that needed solving. However, using the virtuous principle that people should not be given loans they cannot reasonably afford there has been an incredibly overzealous pursuit of measuring people’s living expenses.

There is a difference between a necessary expense – council rates, electricity, and discretionary expense – Netflix, coffee, takeaway food. Pressure on banks has gone too far the “other” way when discretionary expense is considered set in concrete and used against the home buyer. I am not being flippant – when you buy a home you can eat in more often if that’s what your new home loan suggests is wise. Banks are currently walking on eggshells in the expense area, collecting and scrutinizing three months of all bank accounts and credit cards looking for any expense they can find. Some of this is cynical – their logic is that if they make a buyer’s task difficult it “encourages” them to take the easy option of staying inside their doors and not shopping around.

An effect of the Royal Commission to date has been an overreaction in the assessment of expenses which is significantly reducing borrowing power. This is removing buyers of all types from the market (first home buyers, people shifting home and investors).

Once again this has reinforced the same determinant of house price – supply and demand – by reducing demand (one could actually say by frustrating demand).

Anyone who has actually gone through the process of buying a house in the last six months knows exactly what I am referring to. The process of getting even a simple home loan at the moment is appallingly frustrating. As a broker I am on your side – it’s my job to take the frustration away by doing this work for you.

Effect Number Three: The other side of politics has a declared policy to skew investment purchases quite specifically. Negative gearing will be abolished for all future purchases (except for brand new) and when an investment asset is sold the capital gains tax will be markedly increased.

An investor collects rent and deducts expenses, and currently, if the expenses exceed the interest then they can deduct that shortfall from their personal income. The new system will mean that any shortfall must be carried forwards and only deducted “in the future” from the eventual capital gain. Given that the tax on that capital gain will be increased, whether you decide to agree with the policy or not – it is a significant tax increase on investors.

This system does operate in USA, UK and NZ but in each of those countries the top personal income tax rates are between 30%-35%, not the 49% in Australia

Even if an investor decides to buy “new”, it can never be sold with that status – from the day it is purchased it is a “degraded” asset under this policy.

Every voter can work out what to do with this policy for themselves – but its stated intention is to reduce the number of investors. Effect number three adds further to the heavy side of the scales diminishing demand.

Usually there is a Fourth Effect – historically the Reserve Bank is the major determinant of buyer “desire” and hence supply and demand by the blunt tool of interest rates. Given the influence of the first three factors in dampening demand the Reserve Bank has been sitting on the sidelines. Two overseas factors are adding to this – The trade war between China and the US and the economic and political paralysis in Europe over Brexit. Commentators – most notably Bill Evans, Westpac Chief Economist, have now pushed back the likelihood of any official rate rises until late 2020. Apart from “out of cycle” movements by lenders – interest rates will not be factor in 2019.

What does this all mean for you…?

If you have a house to sell then you would hold on to it if you possibly can. Certainly for the first half of the year – until we can see the outcome of the election, 2019 is a poor time to sell. You will be unlikely to realize the price you hope for.

On the other hand, now is the time to buy. Current buyers have more control over negotiation of price and conditions. If you buy before the election and the liberals win, then there is no change to policy and the market will start buying again. If you buy before the election and labor wins then you have been one of the lucky ones who get in under the existing negative gearing policy.

With property front and center in an election year, the vast majority of buyers going into wait and see mode, and interest rates staying benign, 2019 is the year the “planets align” to buy property.

It is a bold call – but I am confident in my assessment.

As always, call or email me anytime, should you wish to discuss your own personal circumstances.