Lots of Noise but Very Little Clarity
November 22, 2018by admin 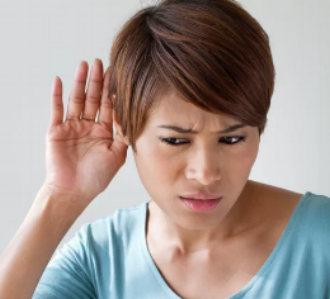 Who wouldn’t want house price to go down? – I’ll tell you who – that would be EVERY person who owns a house.

One side of politics at the moment sets the country against itself – the politics supposedly of the “haves” and the “have-nots”. What a sad way to view life and aspiration.

Here is a truth – EVERY person who buys a house (be it their first or their tenth) wants house price to be down when they buy.

Then – as if by magic, they want that house to go up in value 5 minutes after they bought it.

A political policy designed to drive house price down, sounds great if you’re in the market to buy. But, who would want to buy into a market where the asset was designed to have its value diminished over time?

It is a tax increase on investors.

The policy assumes that investors are driven by greed and that they force first home buyers out of the market.

A Lot of Noise… But Little Clarity

Let’s nip that stupidity in the bud. Ask any First Home Buyer what the major impediment is to home ownership and they will say the DEPOSIT- not the house price.

In my opinion, for a politician to set first home buyers against their ‘enemy’, the investor – is dishonest and just plain stupid.

“Why can’t they see that I can afford the house, the struggle is saving the deposit while paying rent at the same time!”

And who are they paying rent to? An Investor! Investors are not the enemy to first home buyers, for without investors, where would non-home owners live? Take certain concessions away from those investors and logic dictates that recouping those losses comes in the form of increased rent.

First home buyers can be helped another way – without ANY additional cost to ANYONE.

The ‘greed’ argument is also used by the Opposition to set investors against home buyers. It is also patently FALSE. Home Buyers currently have a huge advantage over investors – no Capital Gains Tax – a HUGE advantage over time.

A comprehensive study conducted in 2005 looked at statistical correlations between negative gearing policy and many other aspects of the total economy. The complexity is that the economy and housing (as a segment of the economy) has many headwinds (hindrances) and many tailwinds (advantages). If you change one thing, can the subsequent changes in another be claimed to be solely related to the initial change, or is it rather, a myriad of other more intricate factors? This is what statisticians are for.

Remove negative gearing and what happens? – the number of rental properties fall and rents rise. The evidence was clear.

The Labor party has flirted with this before in 1985 – and reverted back to current policy in 1987 due to the political fallout of higher rents.

Back to the current situation.

The tax argument proposed by the opposition is that, landlords charge rent and have costs, so any losses, must now be carried forwards and deducted from future capital gain. Which is also now to be charged at a higher rate.

Landlords can deduct any loss from current income – meaning, the loss is shared by all tax payers. The ONLY ‘equity argument’ in my opinion is this:

The answer I believe, is simple. There will always be a large number of people who do not wish to own or are not in the position to qualify for or manage a loan. Equity, or ‘fairness’ arguments mean that there must be an adequate pool of rental accommodation.

Many decades ago, state governments built and owned such housing. Small, poor quality houses were built en-mass and ‘Housing Trust suburbs’ became the slum suburbs that virtually no one wanted to live in.

If we remove the incentive for private ownership of rental property – will the government re-enter this space? Where will the funds to build come from – taxpayers.  Governments are broke. This current policy suggestion is nothing more than a tax grab with no stated policy setting to compensate for the eventual shortage of accommodation it will necessarily create.

Although many other countries now have policies similar to what is being proposed, Australia sets itself apart by having the significantly HIGHEST personal tax rates (49%) and also the HIGHEST capital gains tax settings (37%) among the reasonable comparables (UK, USA, NZ).

In my opinion, before changing tax policy in the housing area, Australia should change its policy in others. (But this is not the proposal Australia must decide on at the next election – the policy is for a tax increase only).

That said, obvious excesses in the current housing tax policy could be removed;

In conclusion let’s go back to the reasons why investors choose to invest? The Aged Pension was first introduced in Australia in 1910. At that time life expectancy was only 57 years. Even by 1970 life expectancy was still only 67 years. The aged pension, on average, only had to fund two years of someone’s lifetime. Fast forward to 2018 and Life expectancy is now 82 years … and rising… do you get the drift?

It isn’t difficult to see that the pension will not support the retirement life that most of us would wish for. Simple fact- it is impossible to save enough cash in a life time to fund 30-40 years of retirement income without some sort of personal investment. Superannuation is NOT the answer either.

Investors have the noble aim of attempting to fund their own retirement without burdening the public purse. Investors carry considerable risk – and no one shares this with them. Suggesting restrictions on the number of properties one should own are misplaced.

Our current Prime Minister (while he was Treasurer) was once asked; “What do you say to people who have amassed enough wealth to self-support their retirement?”

His answer: “On behalf of the tax payer, Thank you”.

What do you think on this current proposed policy?? You have heard my opinion, and Politicians and political journalists will always have theirs. But, who is listening to the people whom this actually affects most. The implications of such changes can be as wide and diverse as the individuals reading this, and to me they are the opinions that matter most.

Investors, Renters, First Home Buyers – Labels aside – how would these changes impact your individual lives? Which aspects of change do you agree or not agree on? How could we make the system better? The arguments of the “Haves” and “Have Not’s” are at their core equality issues, which means they are issues to be considered by all, not just a few, and I would love to hear your thoughts.

As always if you’d like to know more or would like advice tailored to your own personal circumstances, just Ask Alan – Your online mortgage broker.