Catch Your Breath – What is Happening.
August 8, 2019by admin 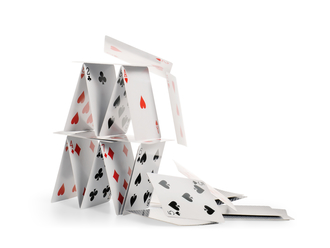 I give credit to the Reserve Bank and the Government for pre-empting.

The Reserve Bank cut rates by 0.5% (0.4% of which was passed through) and the Government passed tax cuts through to everyone.

What was the background? The two big ticket items – Brexit and the US China Trade War.

Britain has just found a new Prime Minister in the rolling paralysis called Brexit. The British Parliament now has a majority of only 1 and that includes a coalition with 10 from Northern Ireland. How to deal with Ireland goes to the very heart of the paralysis. The new PM – will deliver Brexit by Oct 31st come hell or high water. If Parliament delivers a vote of no confidence, he says he will ignore it and cross party lines to find a coalition that will deliver Brexit. At least there is a clear stated direction that may force the EU to negotiate. Come what may though, there are choppy waters between here and Oct 31st.

Brinkmanship on both sides of the trade war has led to a high drama August. With public “he says…she/he says” claim and counter claim, the US has stated it will add tariffs to now cover all imports from China. China devalued its currency to cover that and the US says it will take China to the IMF with an accusation of currency manipulation. All we know for sure is that this won’t end soon.

This week world stock markets had their largest one day falls since the GFC.

What is going on? And… What does this mean for your home loan?

When the Reserve Bank cut interest rates, those with cash to deposit also had their rates cut. The cash deposit rate is called the “Risk Free” return rate. Pensioners are “Deemed” to be earning 3% – so a rush of money flowed to the stock market. The stock market hit a record high last week. This was close to crazy money flowing in – sometimes called “the fear of missing out”. Businesses behind those stocks weren’t making more profit – it was simply money chasing dividends and not caring about price.

This was always a pack of cards. China devaluing its currency brought the house of cards down. If it wasn’t that it would have been another trigger. The stock market fall went to confidence (and a loss of it). Sensible money would not have poured in since the rate cuts – sensible money would have stayed on the sidelines.

Interest rates will likely fall again overseas to stimulate growth in the faltering confidence around Europe, China and the US. Australia will have to follow.

Australia’s best response is to lower rates in order to keep the Australian dollar low through this period. Financial markets have already priced at least one more rate cut in. And after that – rates will stay low for as far as the eye can see.

What should you do?

At a simple level – plan to holiday in Australia or be prepared to pay more for it if you venture overseas (because of the lower dollar).

House price is recovering – because when interest rates are low, affordability improves. We all need somewhere to live. If you want to buy, you certainly have interest rates in your side.

If you have a home loan – there is no question at all what you should do. Stay variable and benefit from what lies ahead.

As always if you’d like to know more, just Ask Alan – Your online mortgage broker.